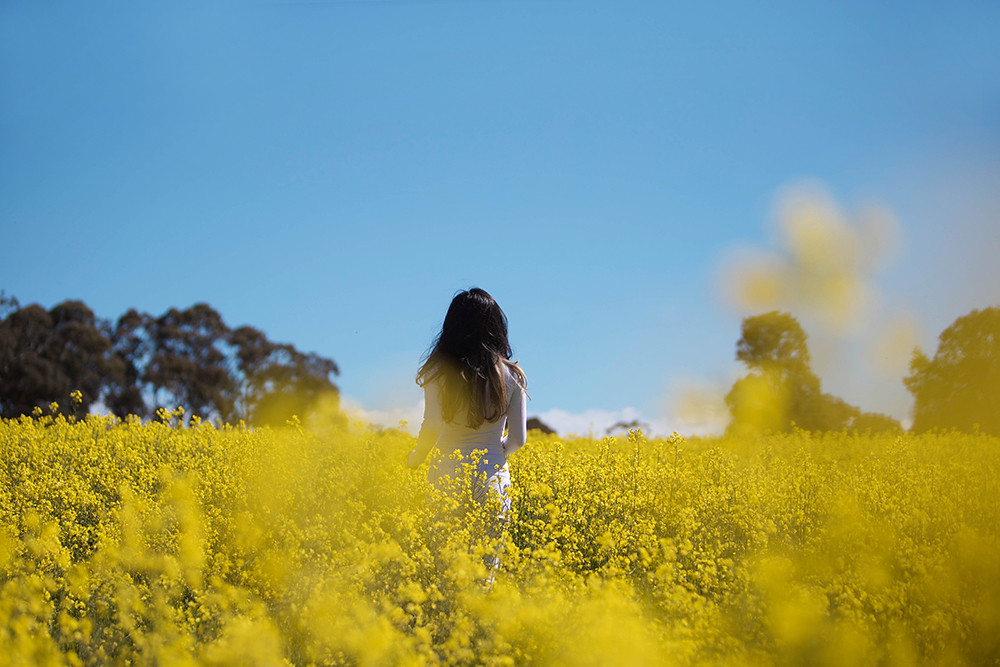 Best of 2015
Welcome to 2016! Without a doubt 2015 has certainly been eventful, so it’s only apt to do a roundup of my favourite moments from the past year. And to you guys, thank you for following me on this journey! I truly thrive on all your support, encouragement and love – and will continue to do my best. 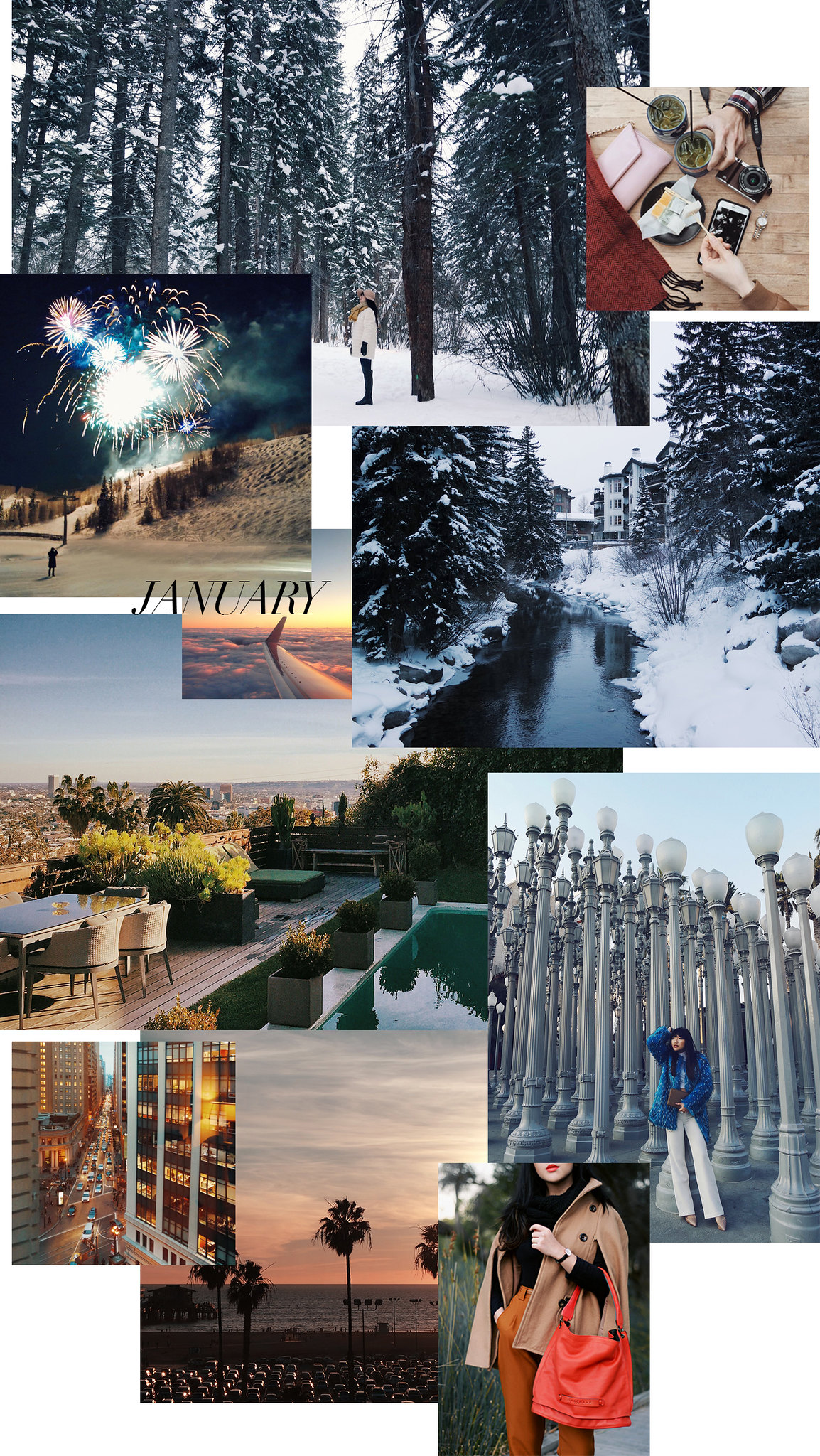 01: Vail, Colorado / Los Angeles and San Francisco, California / Manila, Philippines / Singapore / Perth, Western Australia
The first few seconds of January was spent watching New Year’s fireworks atop Vail Mountains, and truly the spectacle is something I can never quite forget. Meanwhile, I was still homesick for Aspen but Los Angeles was brimming with the best sunsets and views from our place of stay, and San Fransisco is never short of adorable people, houses and streets. For recovery, I stopped over in Manila and Singapore. 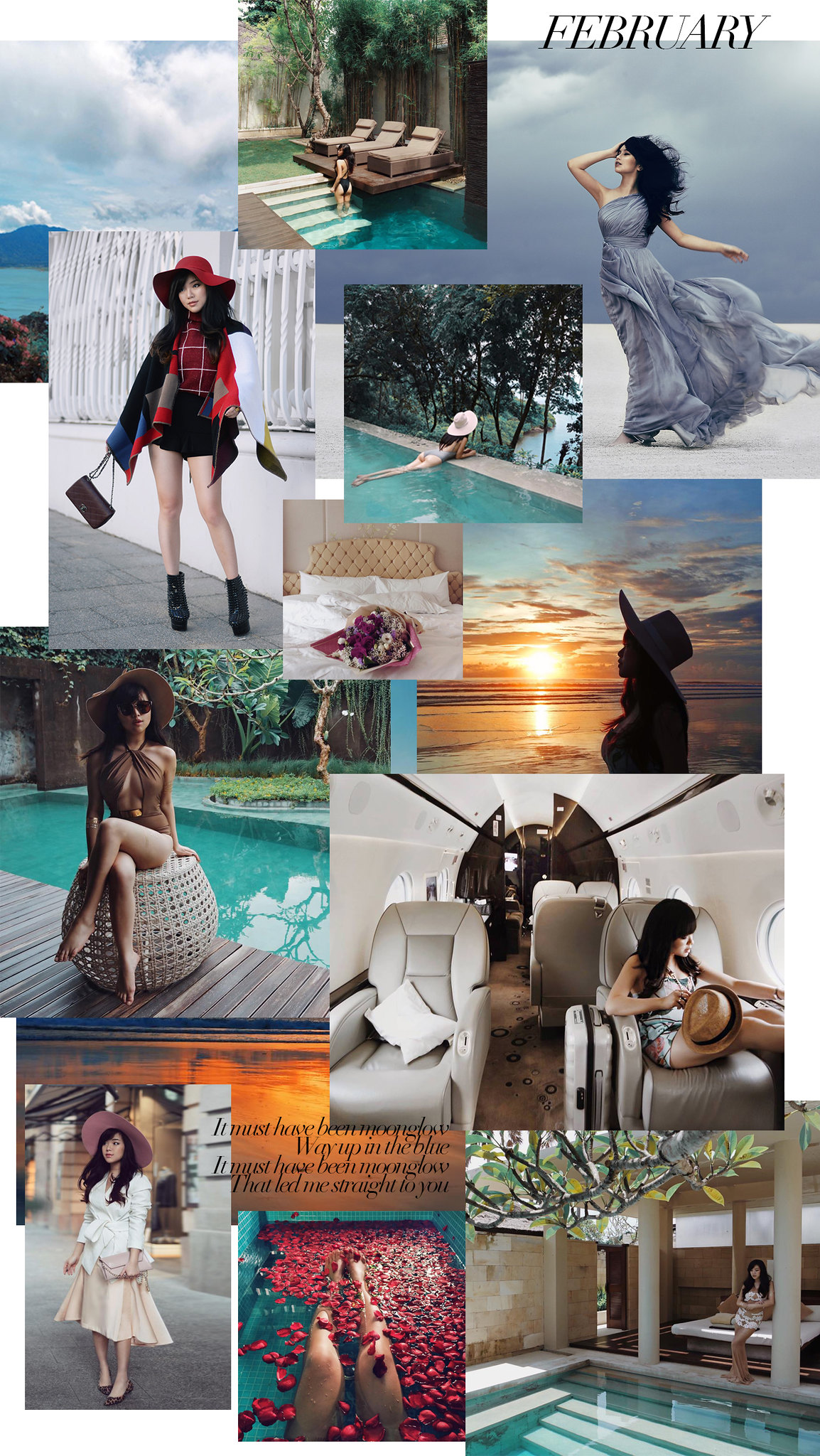 02: Bali, Indonesia / Perth, Western Australia
February revived my love for blanket ponchos and was just right for a photoshoot trip to the sand dunes. I also spent a mighty long time with family holidaying in Bali, and even with our luxurious home in a national park, a residence that was overly huge, and my current favourite boutique pool villa, I can safely say that I’ve had just enough of the sand, sun and sea. 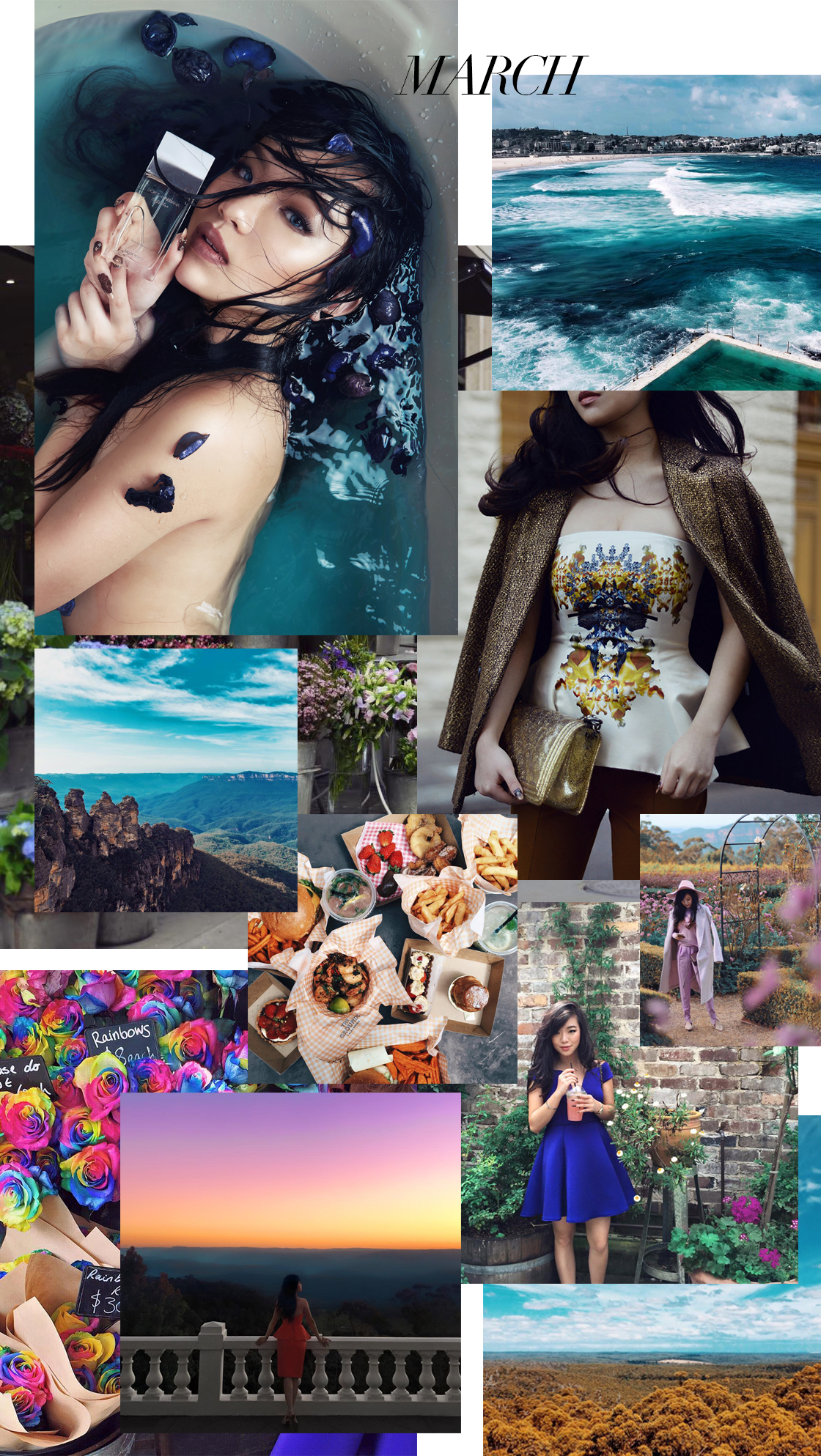 03: Blue Mountains in Sydney, and Perth, Western Australia
March was beautiful in the way that everyday was surprisingly extremely scenic. I’ll admit this: waking up to the Blue Mountains is a real treat. 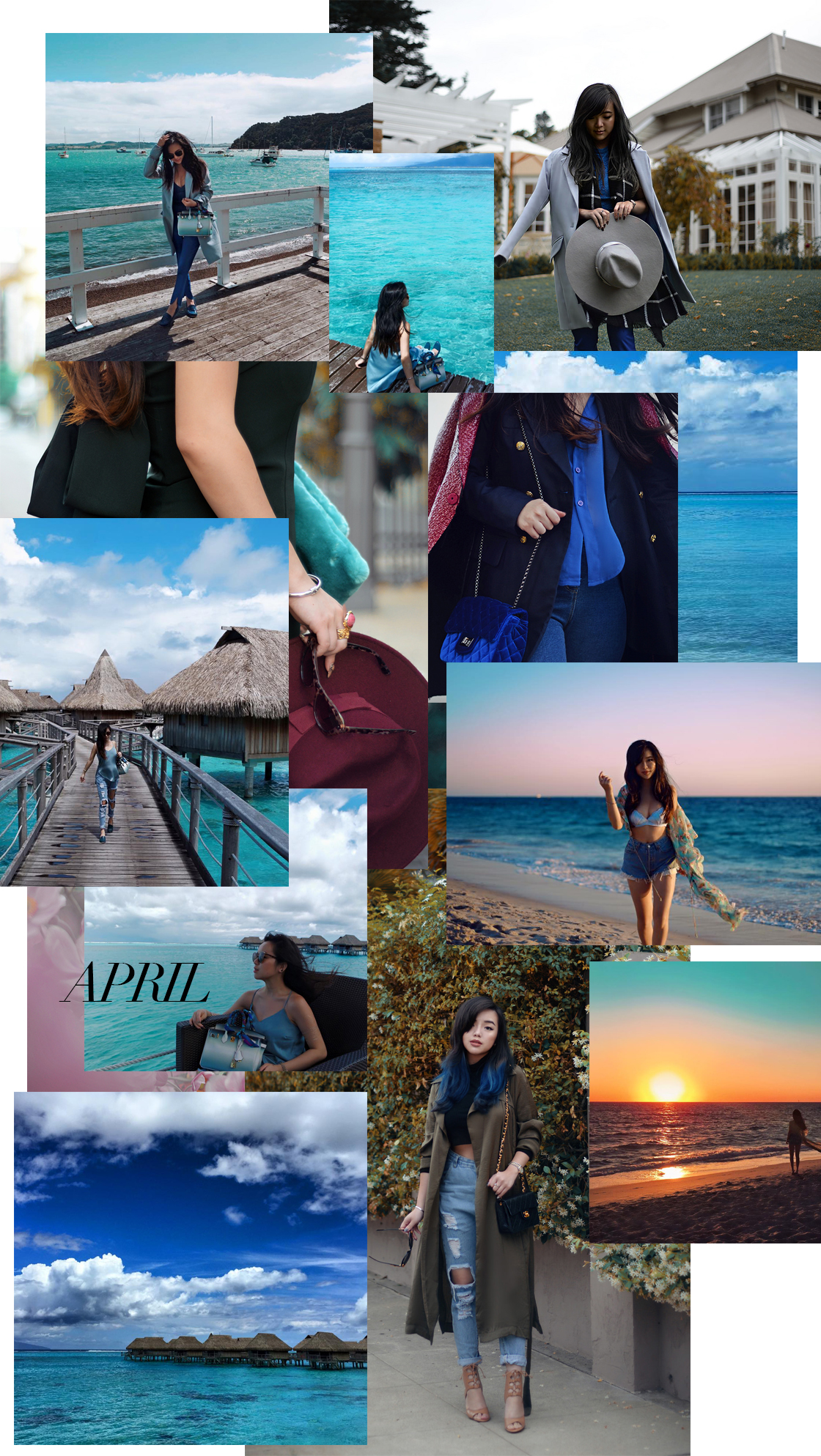 04: Bora Bora, Mo’orea and Tahiti Islands, French Polynesia / Tauranga and Bay of Islands, New Zealand / Los Angeles, California
So maybe I was crazy when I decided to head towards more blue waters after Bali’s retreat, because my voyage to the islands of French Polynesia and New Zealand were nothing short of balmy days and uneven tan lines. Nevertheless, I fell in love for they were charming beyond words and immensely much more impressive than the Maldives. Really. 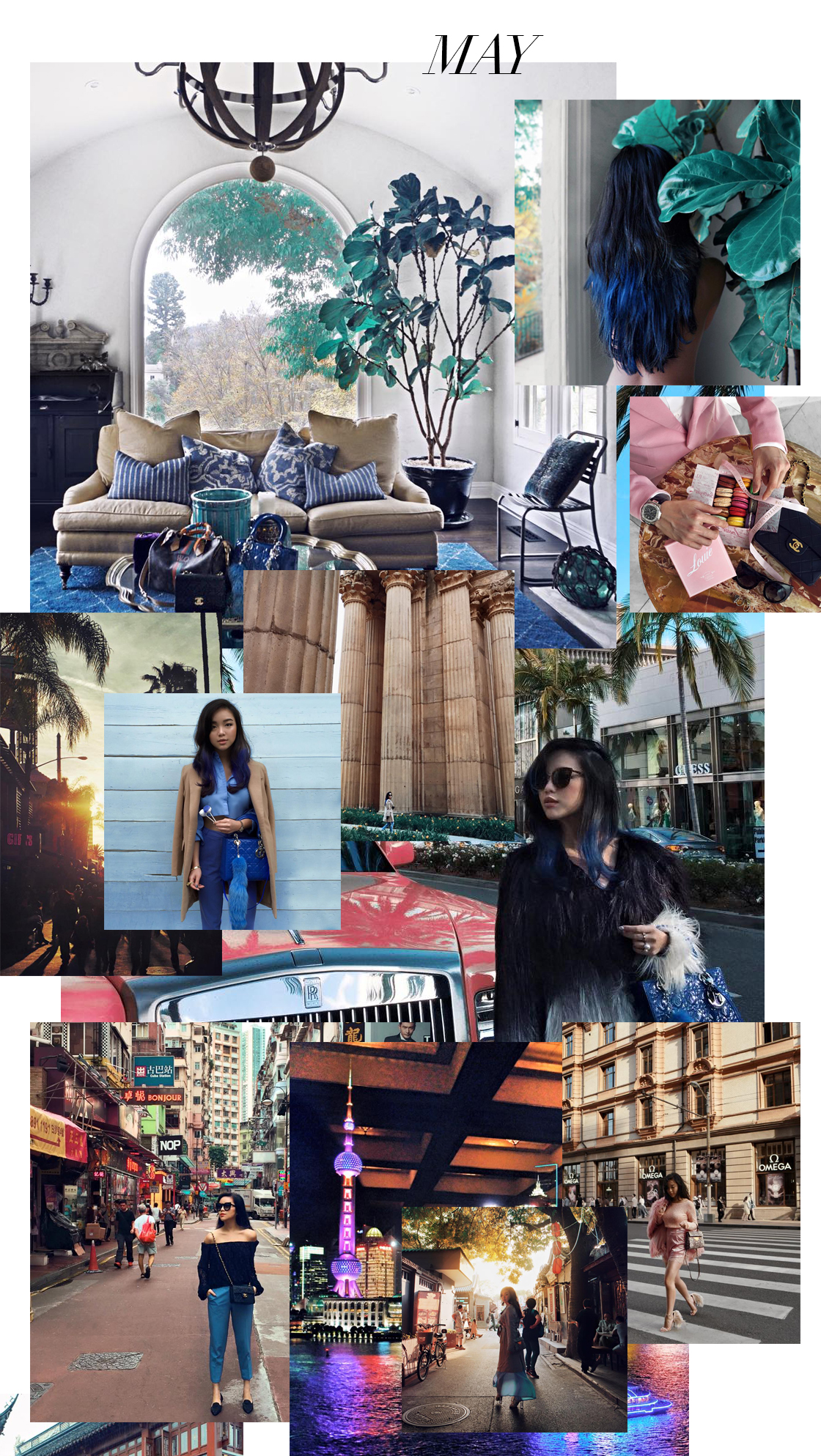 My blue hair lived for 3 weeks in both LA and SF, and then Hong Kong called for a stopover for the obsessive feasting of dim sum. Shortly after, I paid a visit to Shanghai and its luminous city, and was enthralled by the Bund’s psychedelic lights. 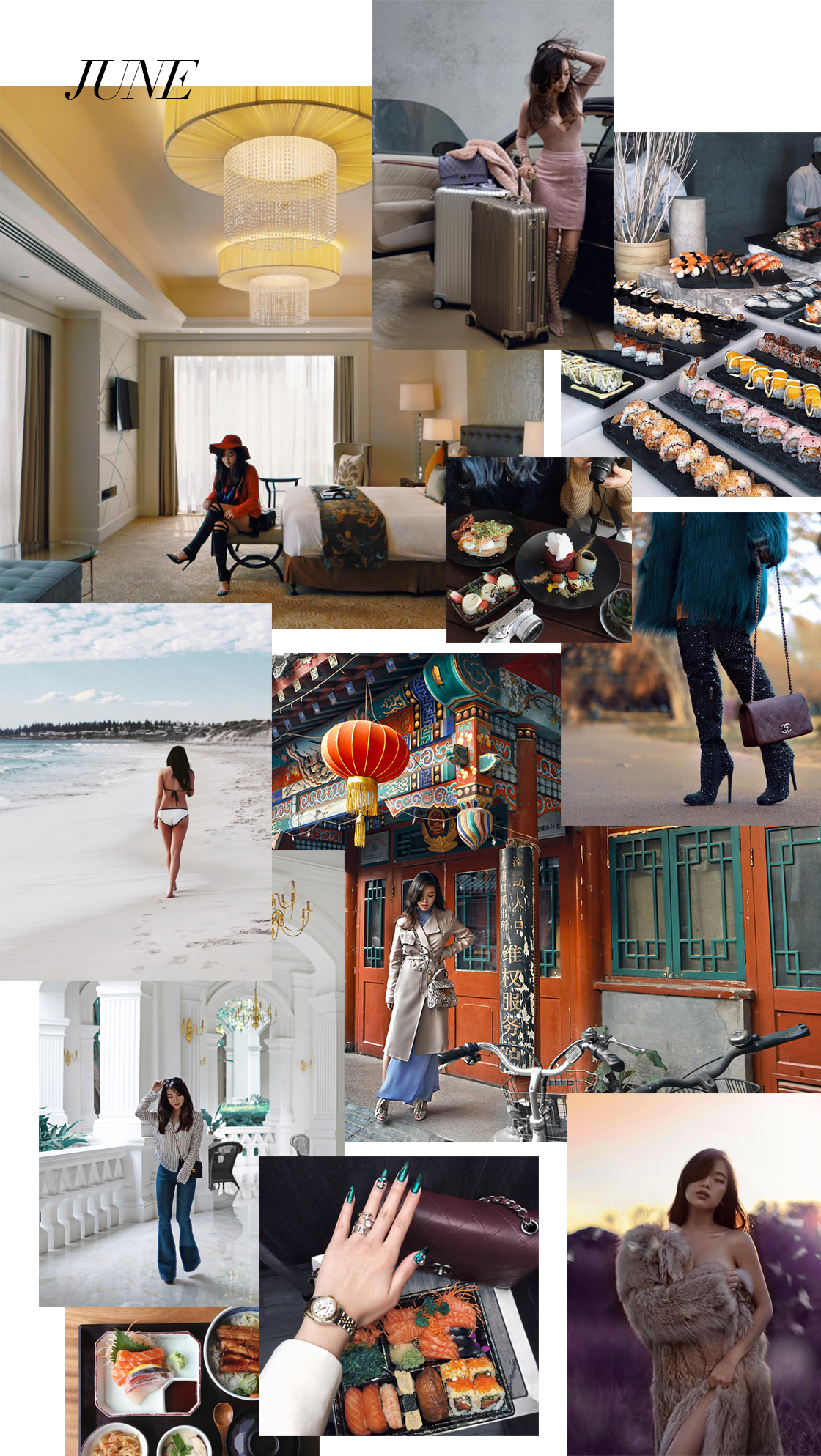 Overload of Japanese food everyday, regardless of whether I’m in China, Philippines or Australia. Asia’s heat is undoubtedly a tyrant, so when it was time to return back to Perth, I was hugely relieved. 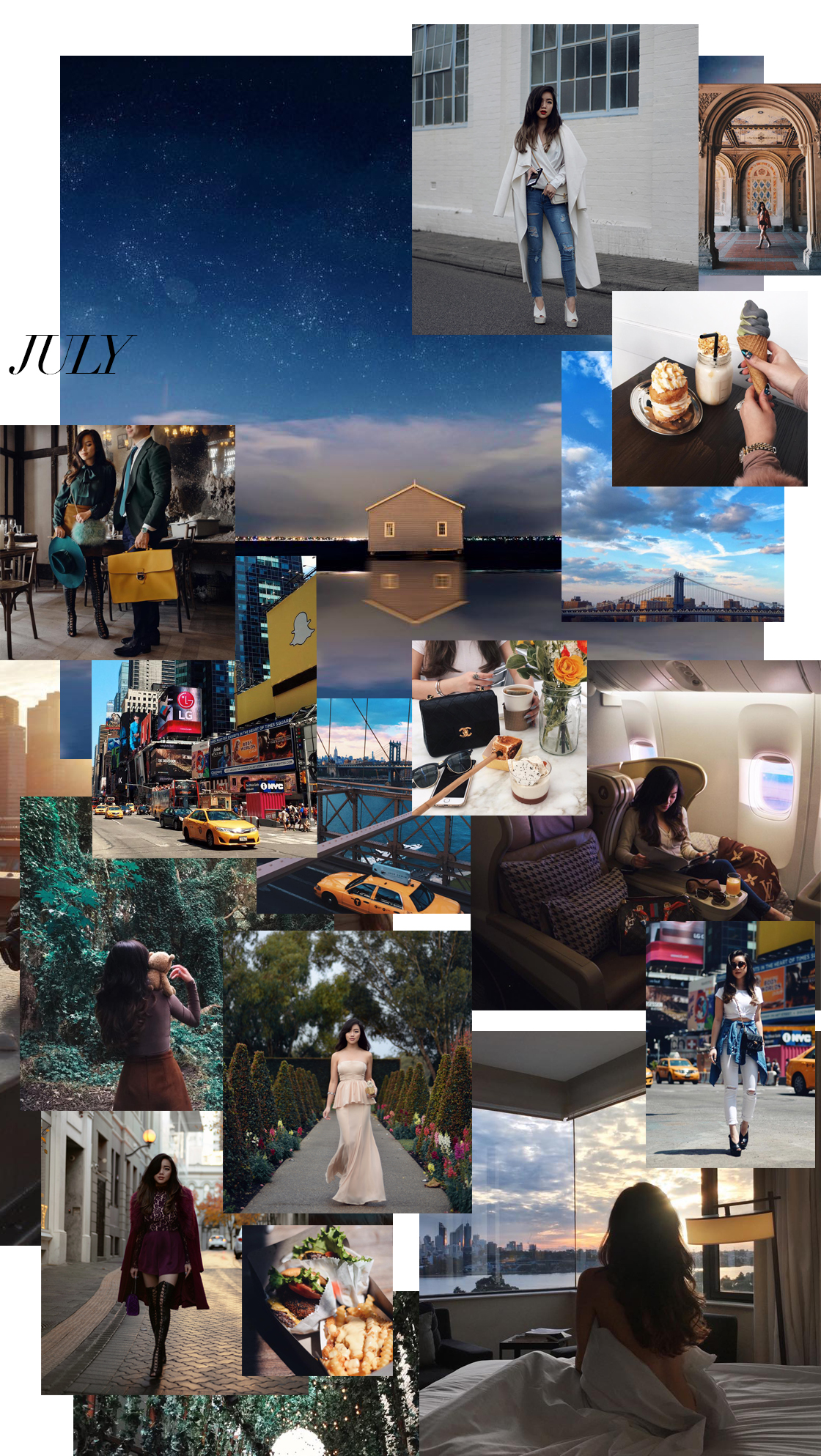 I took a break in darling NYC before joining Gucci in their festivities, and geez you really see so much more on foot despite the hot weather being an inconvenience. Times Square and Fifth Avenue remain as some of my favourite areas, ever – and this lace up situation is also one of my favourite situations ever, for 2015 at least. 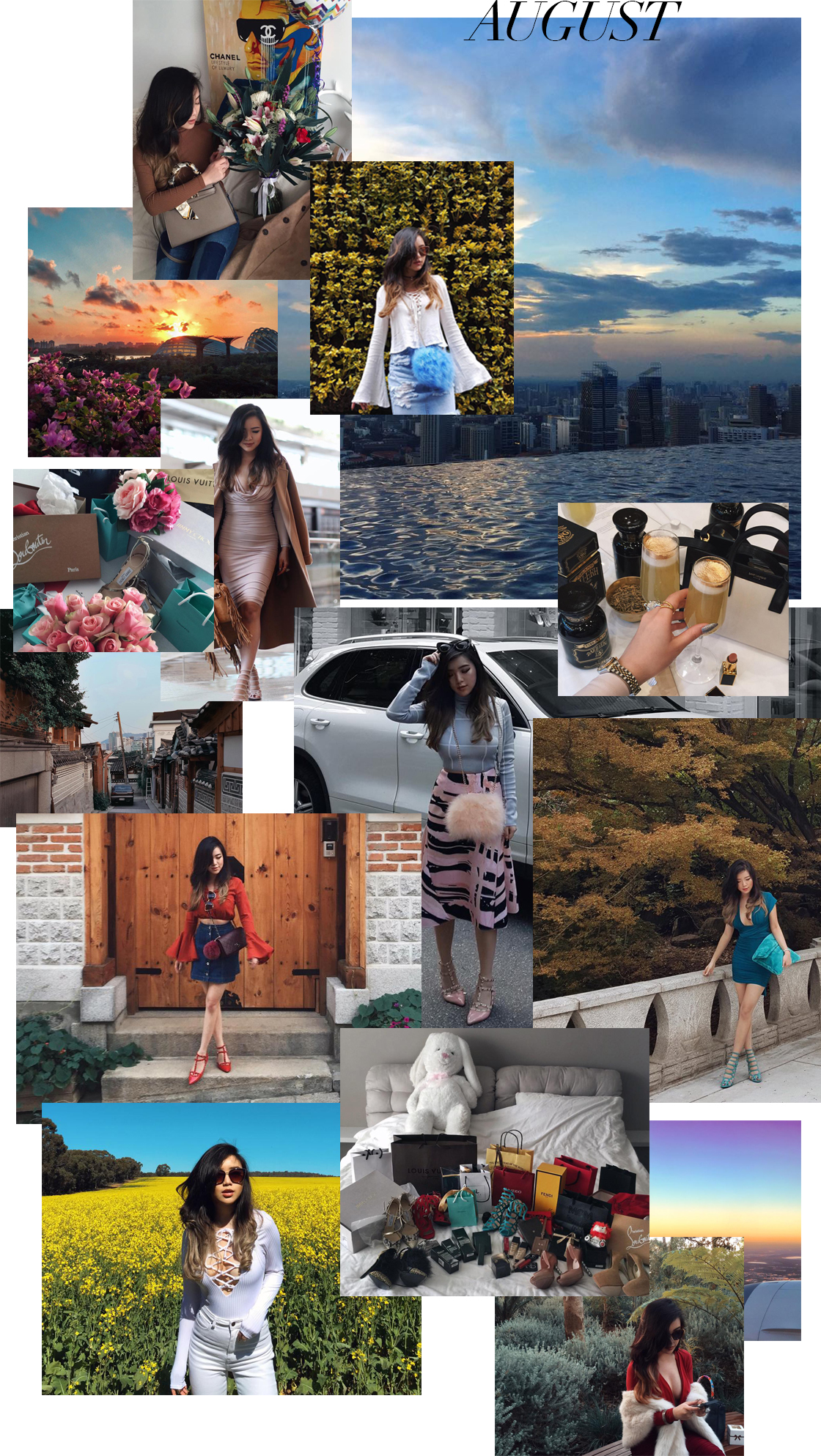 After I had enough of the Big Apple, I took off to Seoul in pursuit of some soul-searching and how I managed to endure wearing long sleeves in the heat, I will never know. I also quickly stopped over in Singapore for a reunion with the FIDé family and then flew down under to celebrate my 21st – still floored by everyone’s sincere wishes and gifts, thank you! 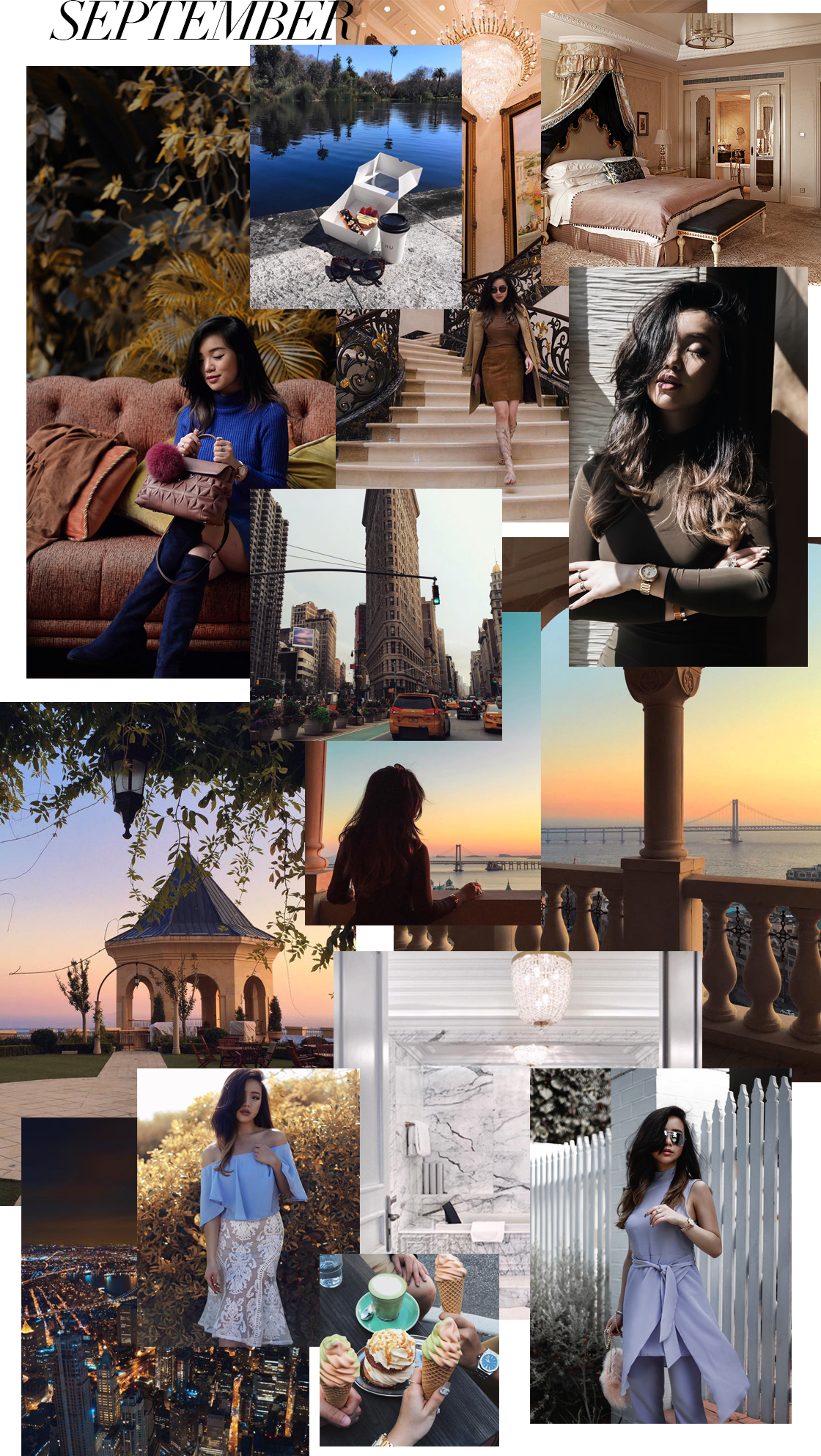 In Dalian, after a hectic round of 3 flights, lies an opulent, Bavarian-style castle hotel that sits majestically atop a mountain and overlooks the gorgeous Yellow Sea – I’d almost thought I woke up in San Francisco because the paddle-pop view was really that dreamy. 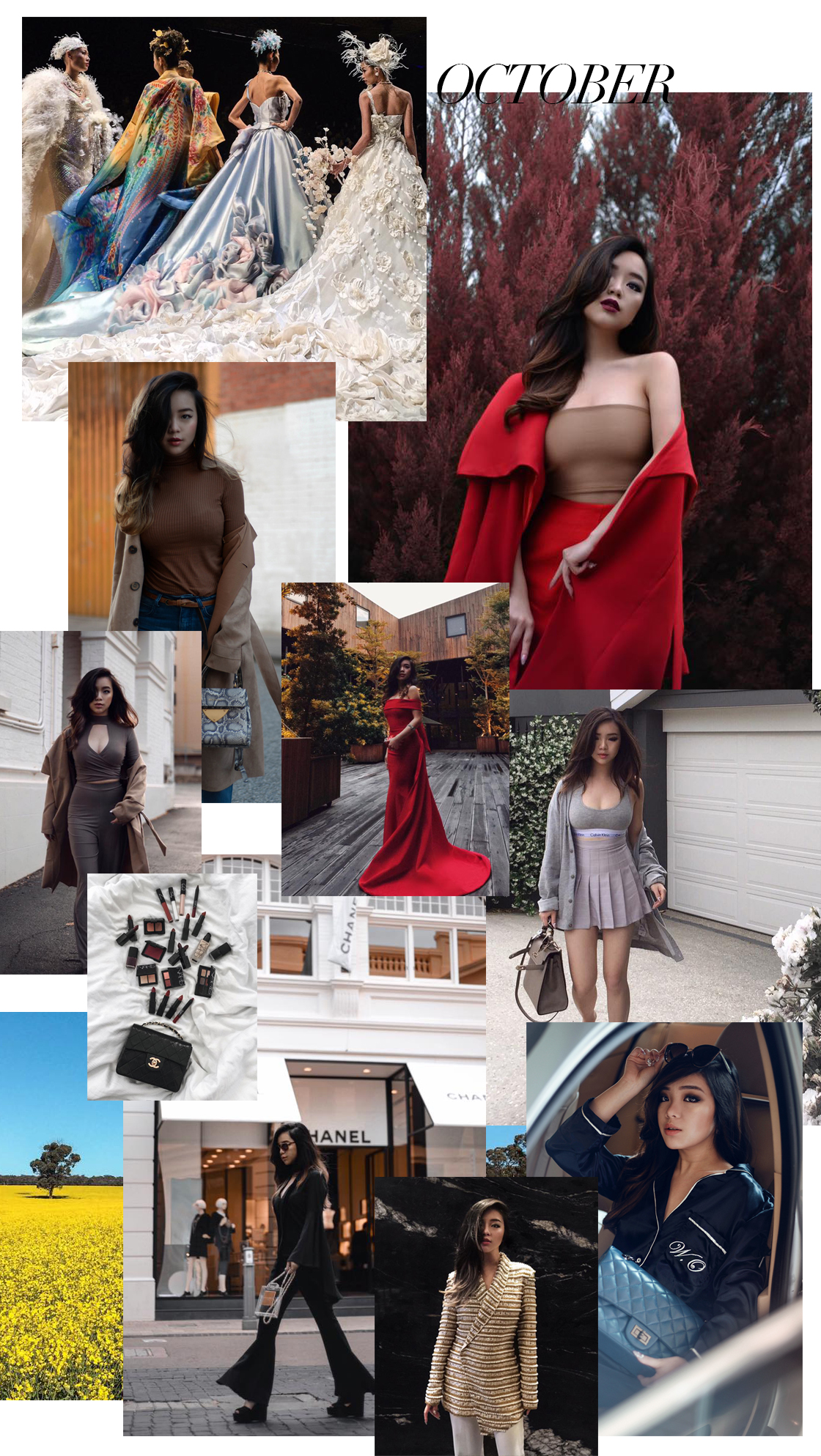 The later part of the year is always about dressing up and looking fancy, right? 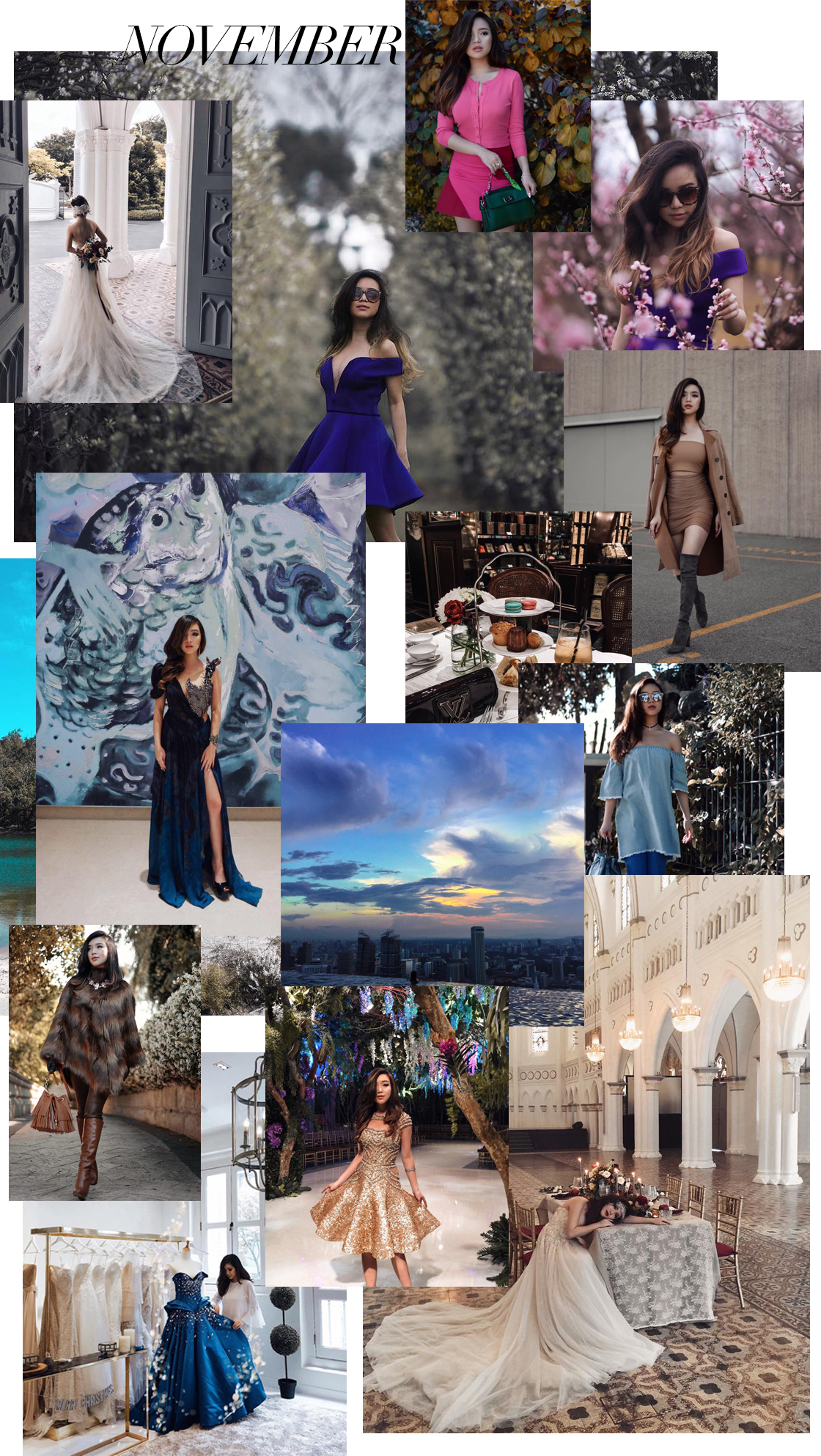 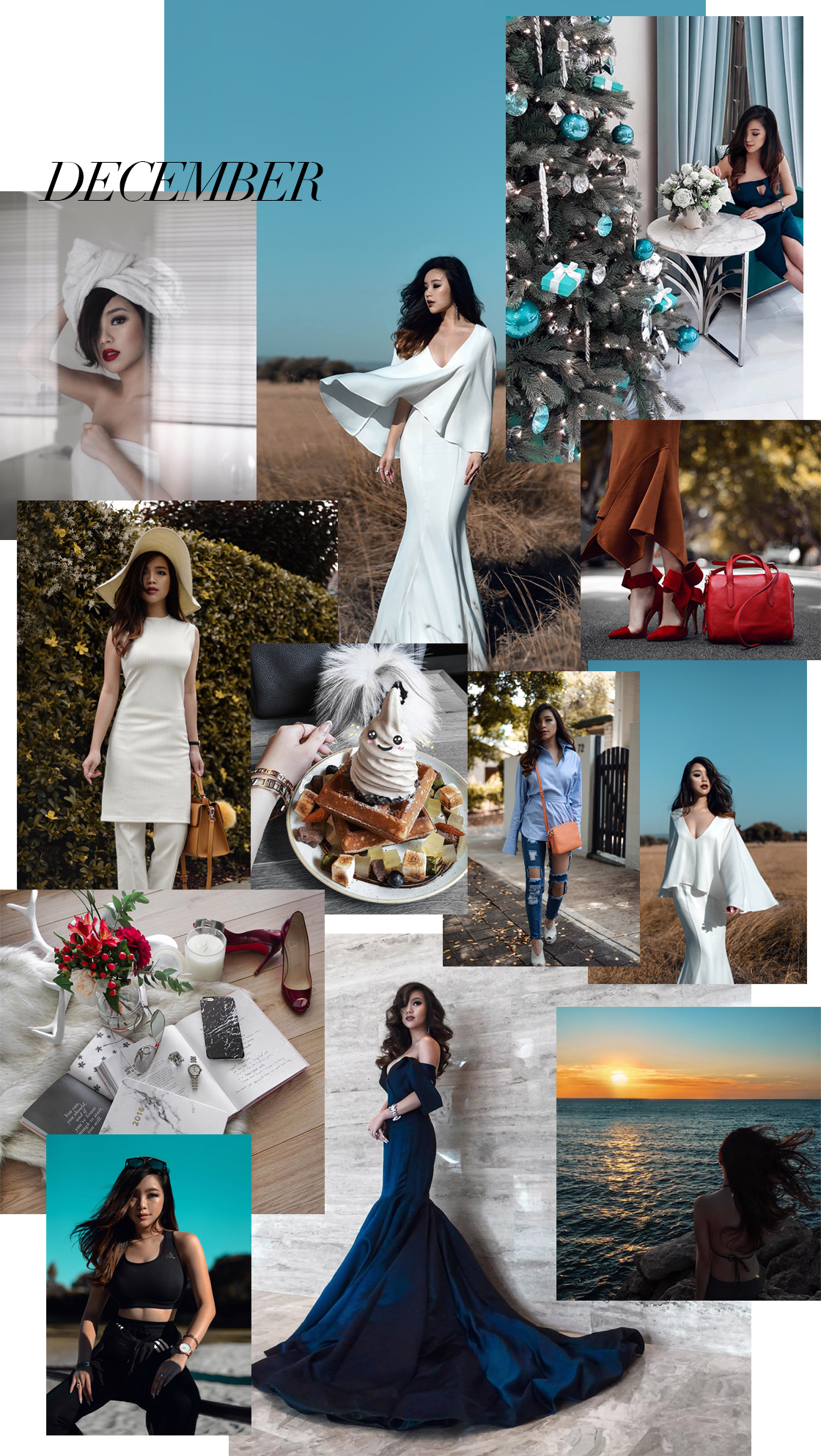 How nice it was to finally have a quiet and slow month for rest. Admittedly, a white christmas would’ve been ideal, but seeing how I was still running on an average of 5-6 hours of sleep per day, I thought it was best to stay put and fuel up for the new year. No regrets.

Every year is full of potential, let’s make 2016 count!

You May Also Enjoy
All

new york, i love you All